The Headset Mindset: Why is pharma rediscovering an older model for employer-employee relationships – and how does training via virtual reality fit into that trend?

Why is pharma rediscovering an older model for employer-employee relationships – and how does training via virtual reality fit into that trend?

Robin Mersh became a pharma man by osmosis. His professional background is in technology – telecommunications, to be precise. But after spending more than four years as the “odd man out” working in a GMP consultancy at Quality Executive Partners, he’s learned a lot. How appropriate, then, that in this conversation he sat down to talk with us about a new mode of learning in pharma: namely, the potential of VR to help boost the skills of staff across the industry.

Why is staff training so important – and what does good training look like?

At Quality Executive Partners, we recently ran a study that examined all the observations published by the FDA over the last year or so. Roughly 60 percent of those observations – it could be argued – were directly related to training or issues adjacent to training.

At first, we tried to assist in the traditional way: train the trainer, formulate a program, and try to produce more effective operators through more effective technical trainers. The training itself worked well enough, but auxiliary problems kept cropping up; for example, we had trouble keeping the trainers in the room at the same time (they kept getting called away to other tasks), and we had to face the fact that not all technical experts are actually good at training people.

So, we stepped away, and thought about practical ways to scale up our training model and then directly train the end users. We knew that we needed to instill general education, like basic science, regulation, and best practices as well as technical training, to make sure we were addressing the educational foundations for specific skills.

When we first started to analyze our programs and reflect on the training we had conducted, VR was on the rise across multiple industries. It caught our attention because it was becoming particularly prevalent in micro-surgery. We knew that if it could be effective there, then it could surely be of use to us in cleanroom scenarios.

Why use humans – and not robots – to resolve the skills gap?

In a training versus automation debate, I personally would not come down hard on either side… But, people aren’t going away anytime soon. I always prefer to speak up for the value of employees in companies, especially those who have worked within those companies for years or even decades.

Over the last forty years, we have seen a rather disappointing development in employer-employee interactions. They’ve each gradually become less invested in the other. In decades past, employees generally stayed with companies for longer, and they also received a better industry education from their employers. I do not think this correlation is a coincidence!

We do have training programs today, but they have an unfortunate tendency to be little more than transactional, checkbox exercises. Many of us will have firsthand experiences of going through the motions on these, clicking “Yes” or the correct answers without absorbing any of the information. In days gone by, we took care to educate operators at a deeper level – ensuring that they understood why their action was compliant with regulations, what reasons determined the form of said regulation, and what the consequences of not adhering to said regulation would be. Today’s more stripped-down, transactional form of training is simply not as effective.

What prompted industry to strip down its approach to training?

We can point to a range of factors. The employment market has become more competitive, and so people migrate from job to job far more readily. That is not a bad thing, but it does mean that companies will feel less incentivized to invest full-bodied, comprehensive training into an employee they cannot be sure will stick around. From a certain perspective, it makes more economic sense to teach that employee only what they strictly need to know – and nothing else; “Do they need to know absolutely everything?”

I would confidently reply, “Yes, they do!” An ill-informed and poorly trained employee can make a very negative impact. And, when things go wrong, you needemployees capable of critical thinking on your side, and you need to inform that critical capability for problem solving with as much holistic knowledge as possible.

So you are pro-human, but do you see any specific issues with machines?

How far automation can go remains an open question. It is fair to say that automation has come far and will go further still, but it also has weaknesses that are worth pointing out. Firstly, much of the technology remains unproven. Secondly, the advent of cell and gene therapies has only underlined the importance of the human being in the entire process. Automation has made progress in advanced therapy manufacturing, but many of the processes remain manual – and it remains to be seen how extensively they can be automated.

There is also a lack of specificity in many of the conversations we hear around automation. It’s easy to say “Automate!” but harder to answer the question, “Automate what, exactly?” The solution is rarely straightforward. Even in a successful implementation of an automated process, there are knock-on problems to consider – training among them. An employer with more complex automated processes will need even more highly educated technicians. Simply reading and memorizing a list of standard operating procedures won’t cut it – those technicians will need a very deep level of understanding.

What is the appeal of VR?

I recently attended the Advanced Therapies conference in London, where – alongside automation – I saw some very interesting new pieces of equipment developed for the cell and gene field that were – frankly – very manual. Handling them would require a level of tactility that at present is only available to human beings. And because VR allows for very sensitive handling, it could be a very effective way of training operators in these newer techniques. Indeed, VR has the ability to offer a high level of tactility, and these procedures are often very much about how the procedure feels on your fingertips. Haptic feedback is something we have built into all our VR immersives, making the experience of microbiological ‘streaking for isolation’, pipetting, cleaning, and many other actions absorbing and life-like.

VR was trendy back in the 1990s… What has changed since?

Hype around new technologies is a tale as old as time, and it’s true that hype can be cyclical. VR still isn’t as powerful and as immersive as it will become, but I do think that it has reached a point where it can have very positive effects and applications. Surgeons are using VR. Pilots are using VR. Microsoft is using VR. The greatest future uptake will likely be in areas concerning sensory input and hand control, and I think we are going to see the software become less bandwidth-hungry, too. In a time when business-as-usual is no longer an option, I believe it has huge potential to take us beyond “normal” in a widespread mass application. VR can put you in places that are near impossible to experience (such as being inside a RABS), or shrinking time, so that a bacterial culture incubates in minutes, not hours. One of the next big steps will be getting buy-in from more companies large, medium, and small. As the tech matures, I think we will see that happen.

Are you anticipating a long-term shift in ATMP employer-employee relationships?

That’s a very tough question. Companies do want to retain people for longer, so change is certainly on the cards. Recruitment is really hard right now, and that’s a real issue for most companies in this space. The pool of people with relevant experience is very small, and virtualization would be one way to grow it. There would be knock-on benefits – besides boosting their skills and CV, and allowing for risk-free practicing, genuine deep education could help employees feel more valued, and therefore instill a greater sense of loyalty – a trait that helps companies retain good staff!

It typically takes six months to become fully competent in a pharma role, in cell and gene it could take considerably longer. Very often we hear about employees who currently don’t stay longer than a year before moving on. That’s a huge source of pressure within the industry. VR training is no HR panacea, but it could be one of several tools and techniques that the industry could use to solve this problem over time. Beyond that, I think much of this is down to broader cultural forces and unforeseen events, such as the COVID-19 pandemic.

Speaking of trends, how does the Great Resignation fit into this picture?


There is some convergence between the Great Resignation and the already-hot market of ATMP. With even one year under your belt, your employment and salary options would be excellent right now. So, as in the Great Resignation, your most rational option may well be to jump ship. One quick look online makes that abundantly clear! The job openings are flush. Money is being thrown around. So why not take a chance? I can understand the temptation, but we shouldn’t underestimate experience – it still counts.

From the perspective of hiring, we’re seeing that ATMP companies’ general approach to recruitment right now is to recruit STEM graduates of various levels – Bachelor’s, Master’s, PhD – but there are a few problems with that. The first problem is the ambitions of those graduates. Will a graduate in, say, microbiology really envision themselves in a lifelong manufacturing career? The second problem is the size of the pool – it’s too small. Committing to workforce training broadens that pool because you can mold non-graduates and graduates with a broader range of lower-level degrees to fit and excel in any given role. A real win-win. 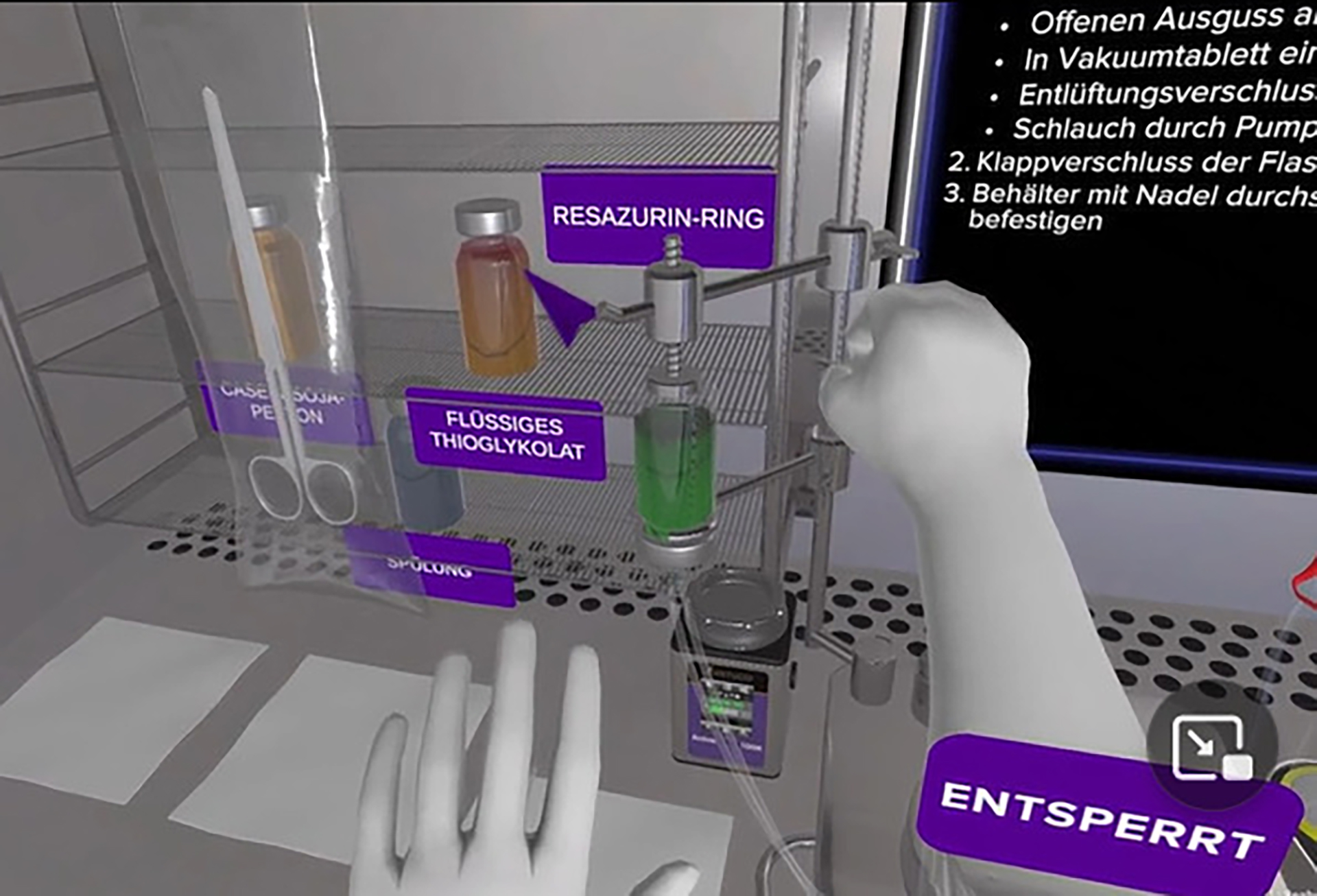 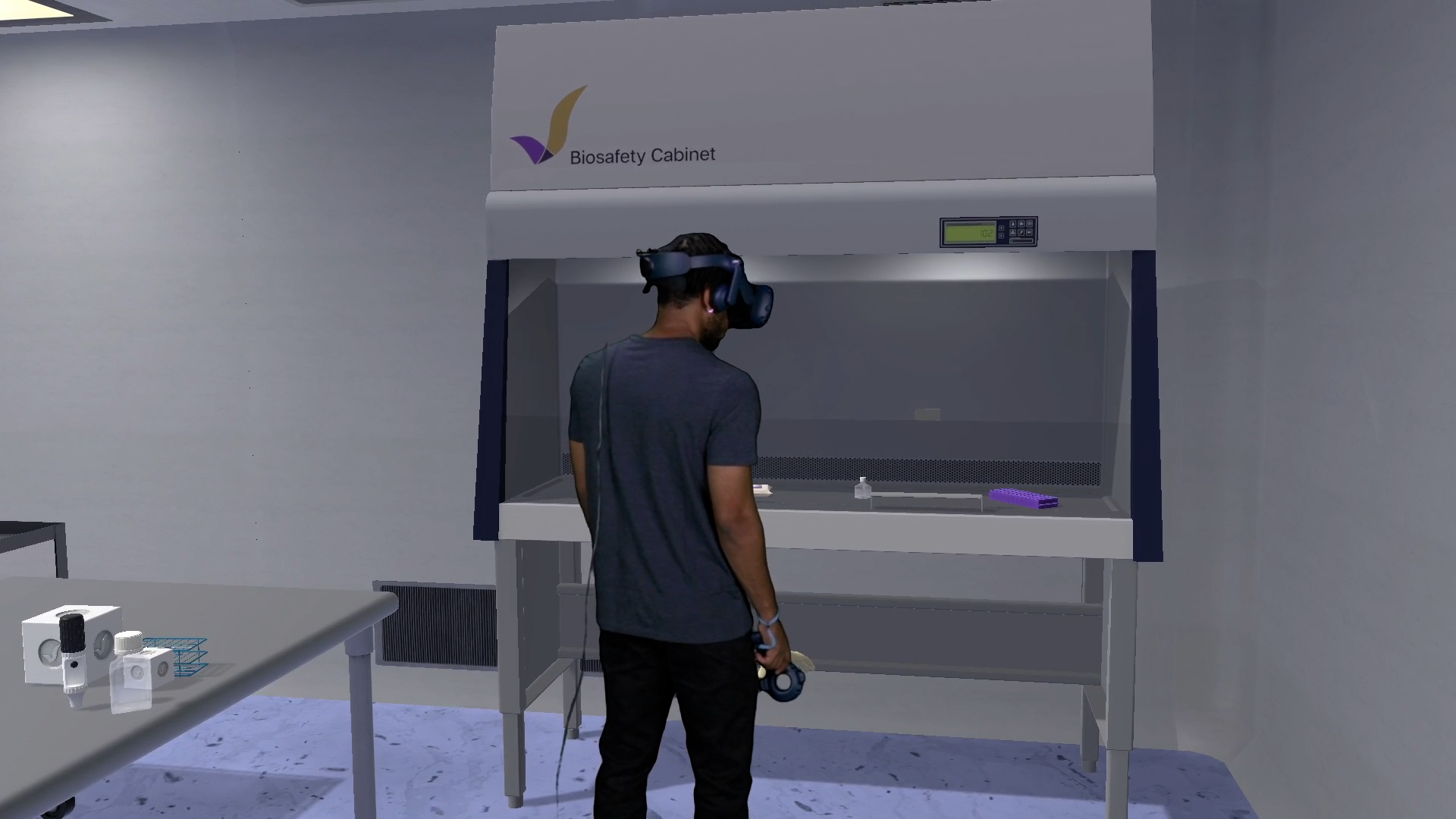 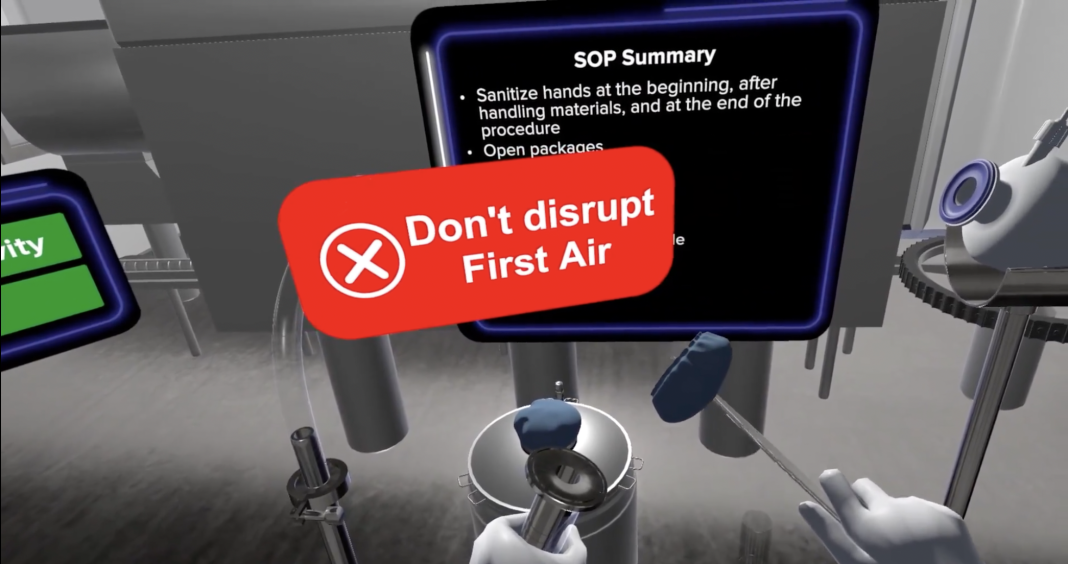 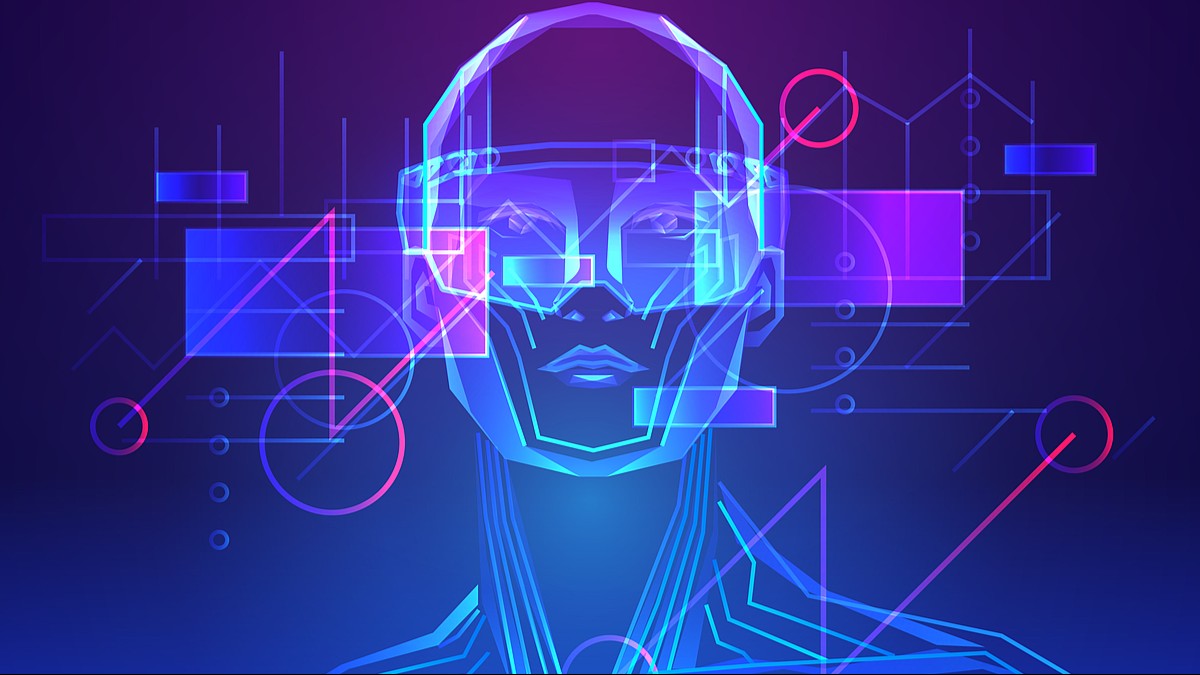 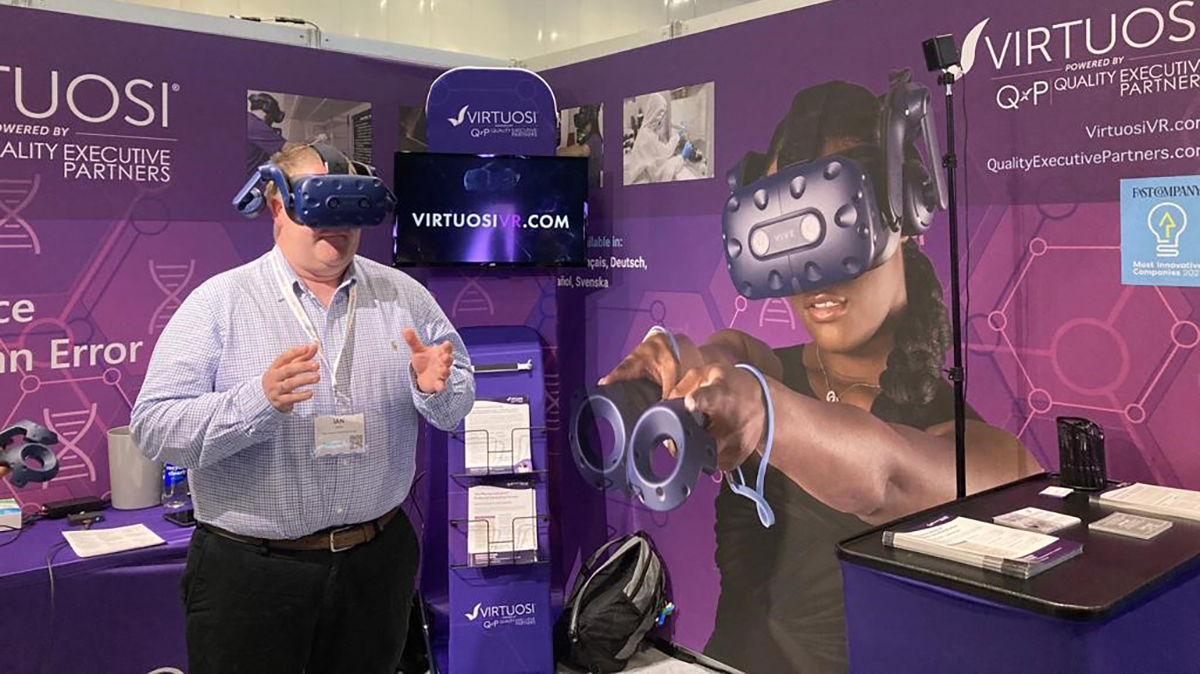 —
Time to competency must be reduced to get to market faster, says Virtuosi - Virtuosi 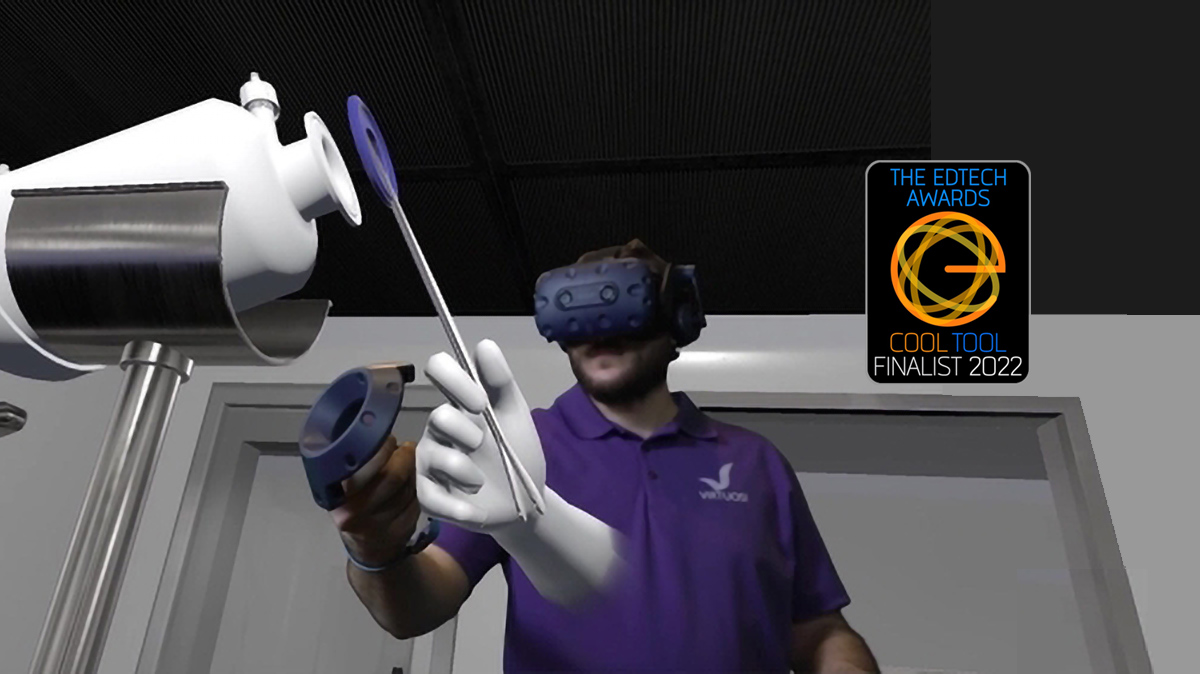 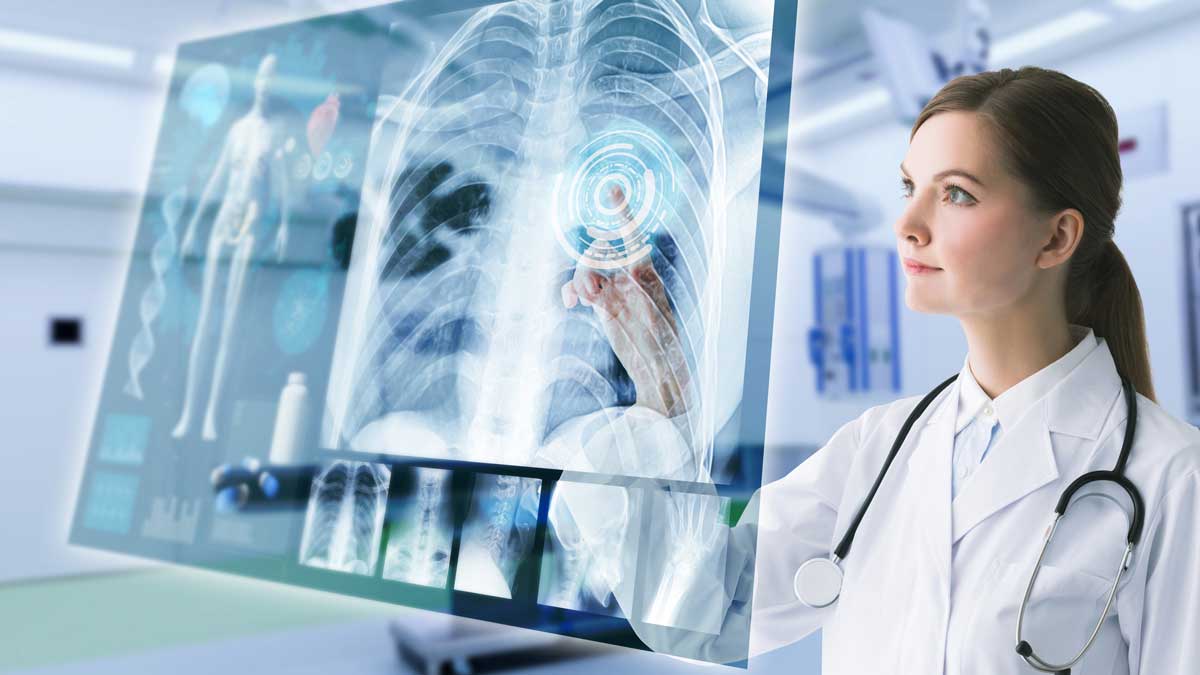 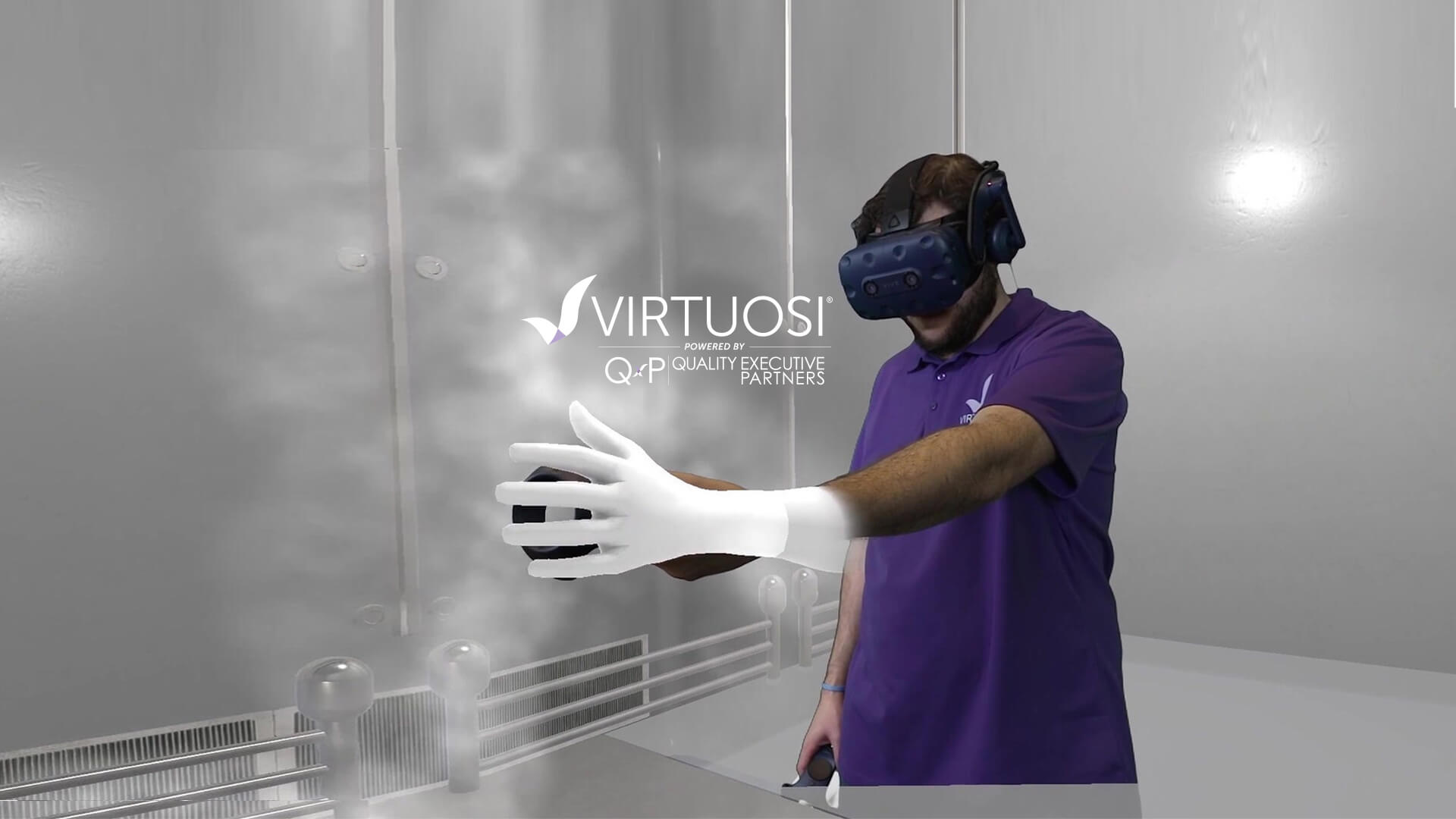 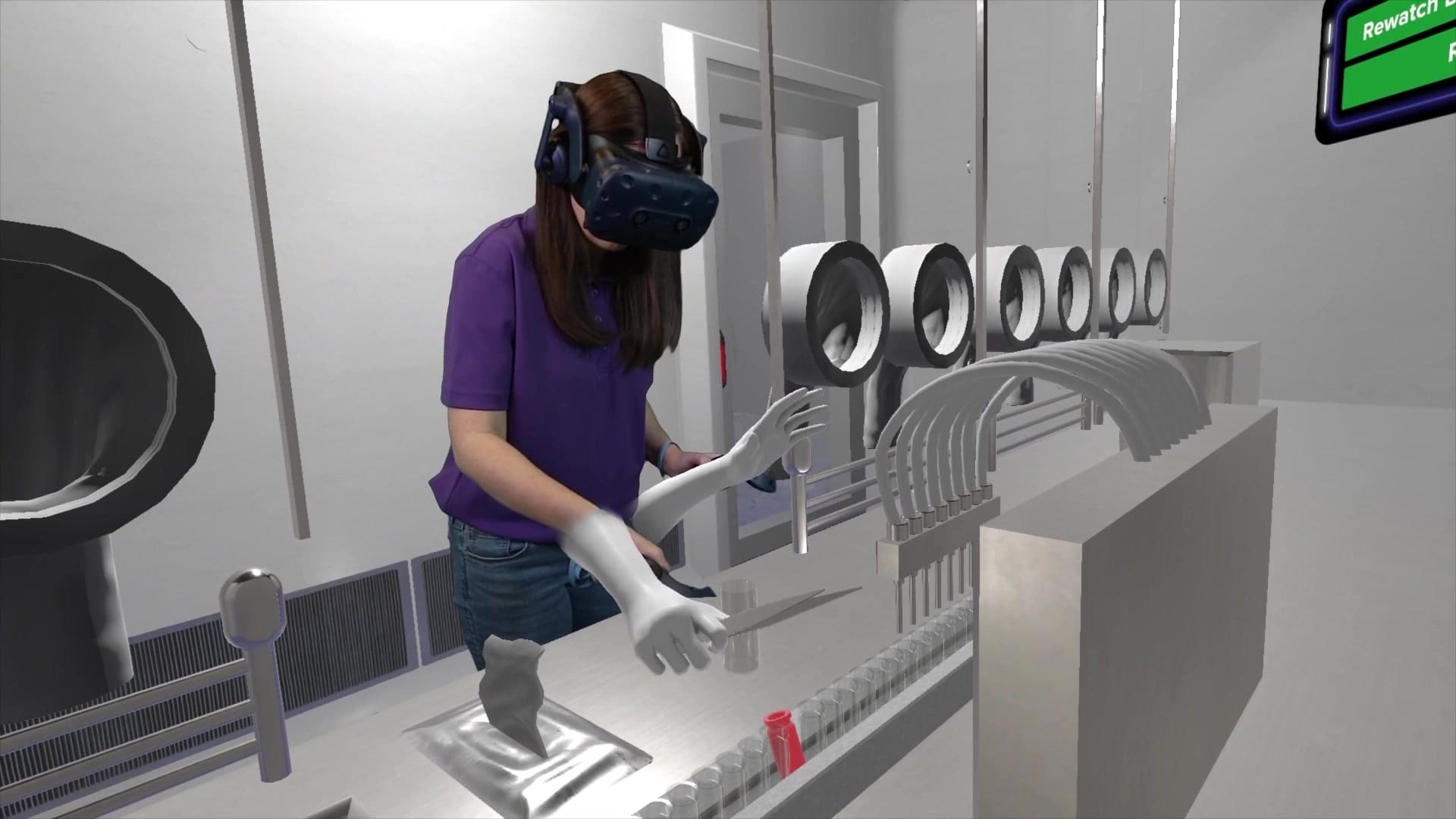 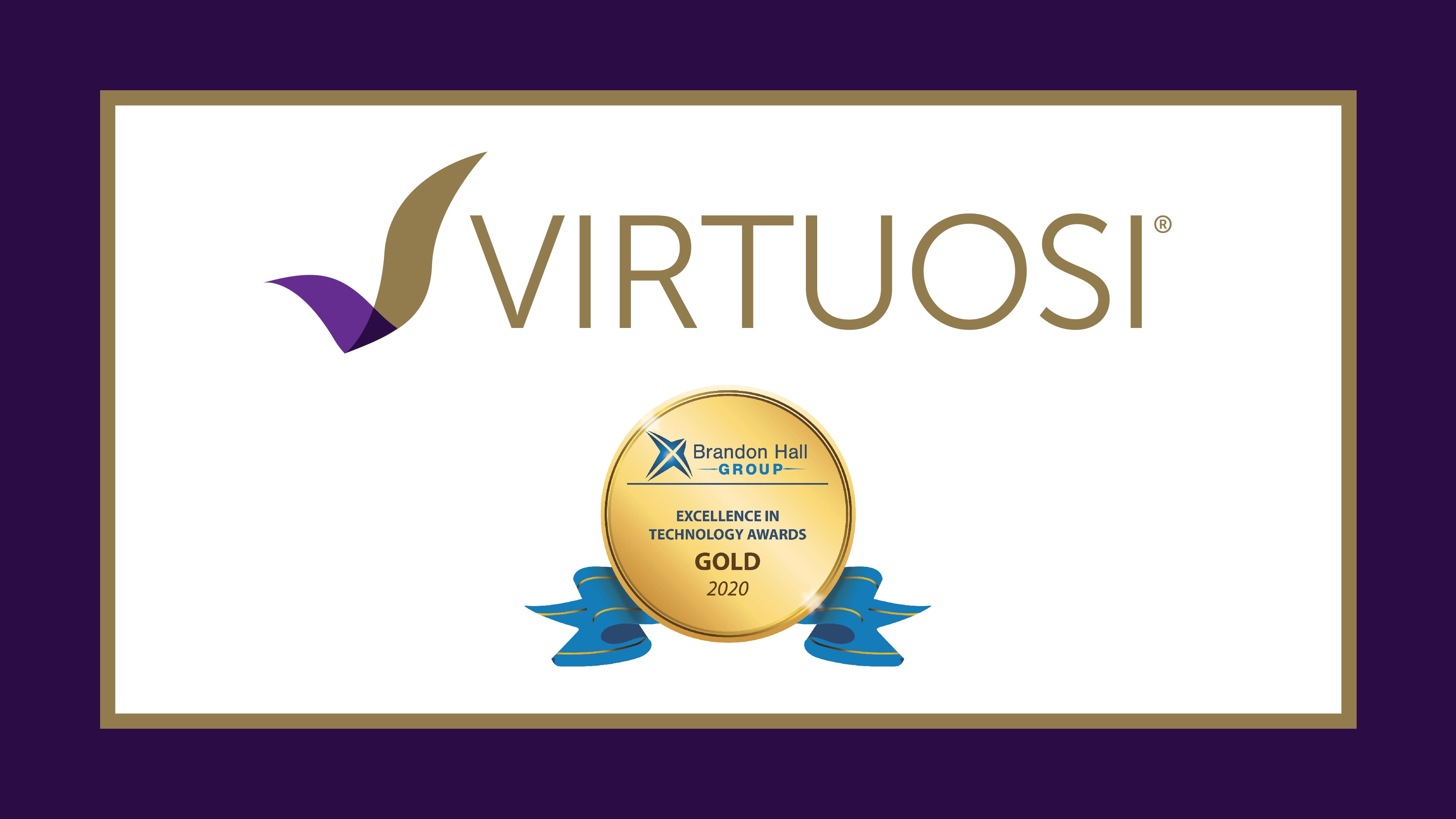 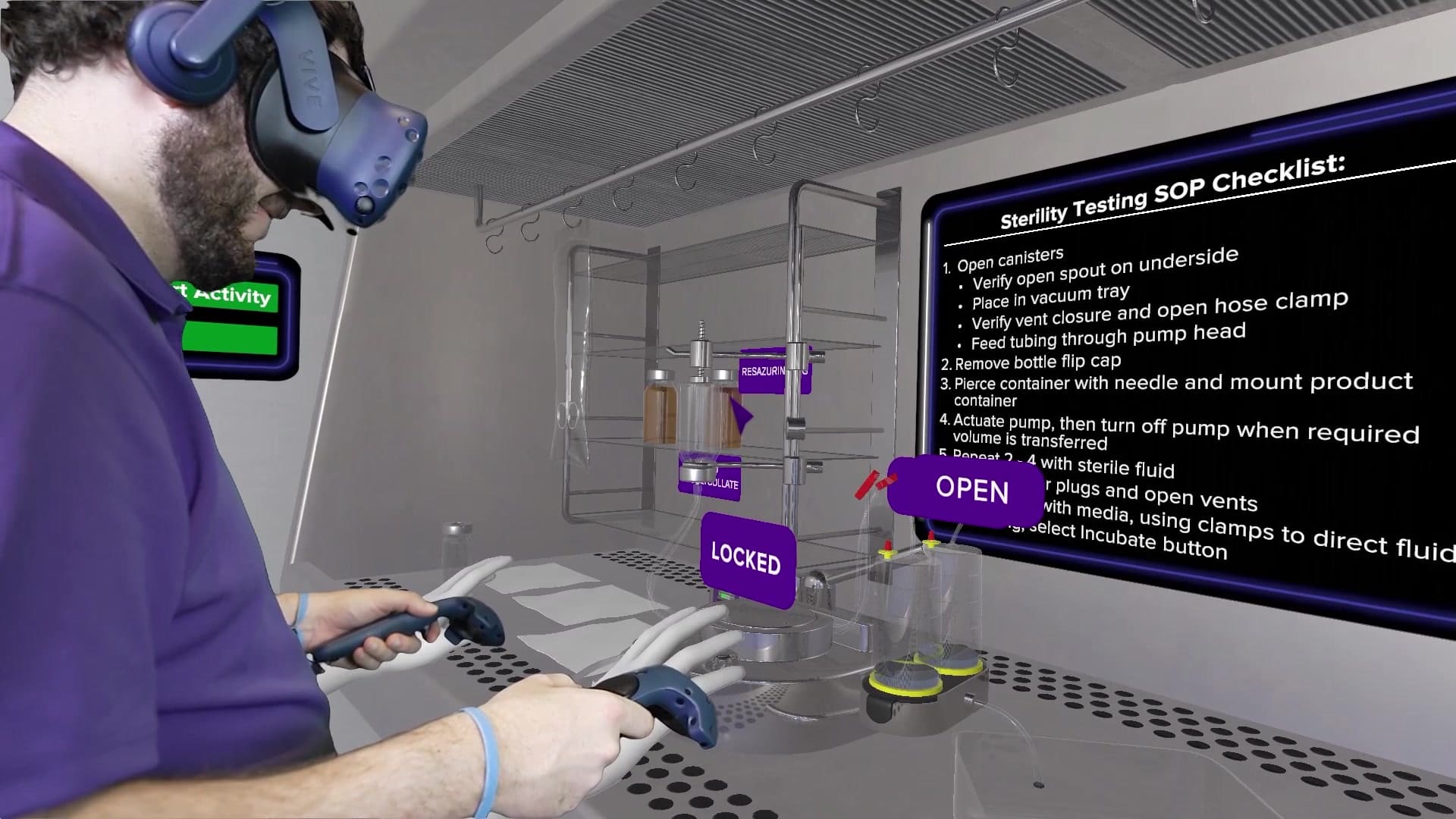 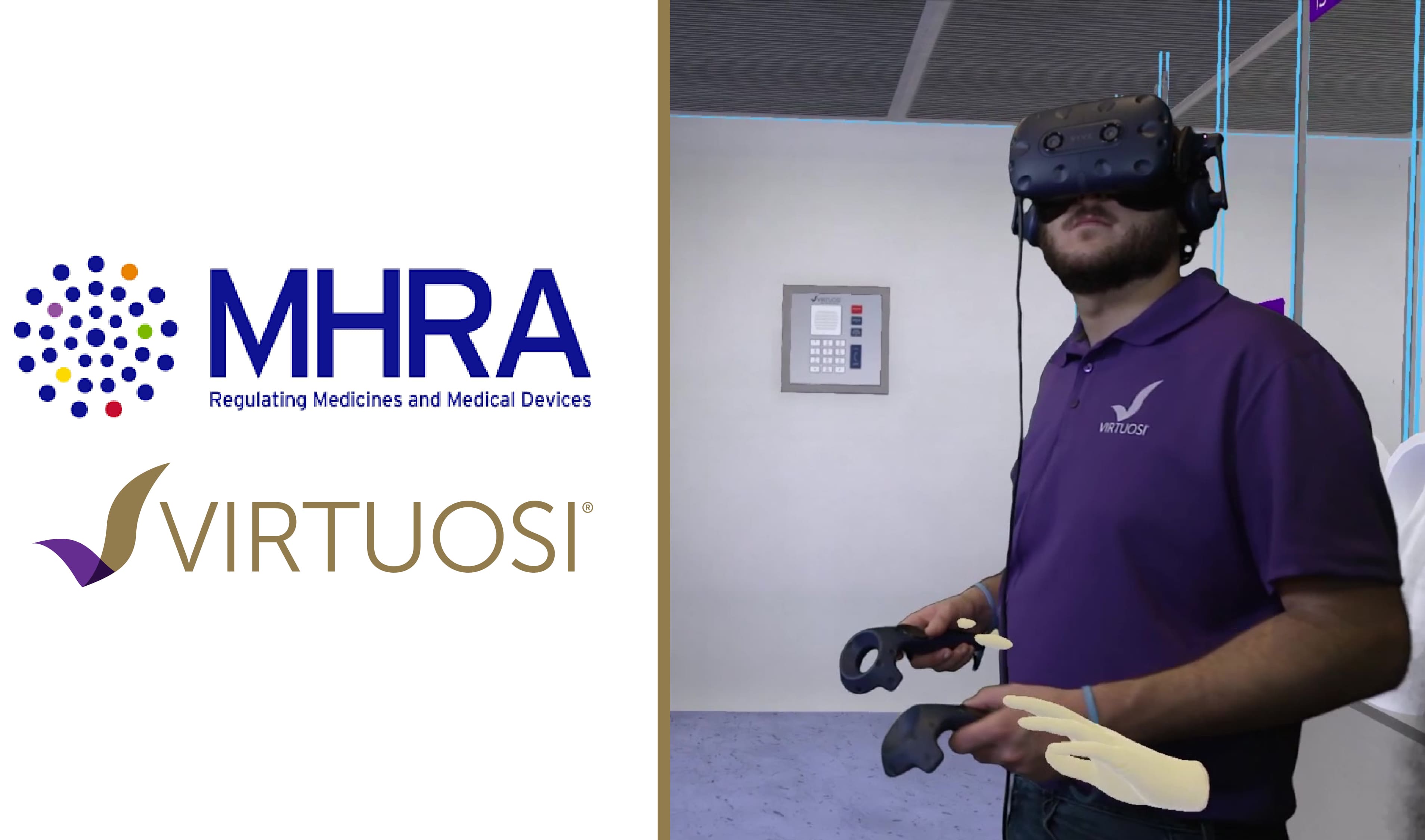 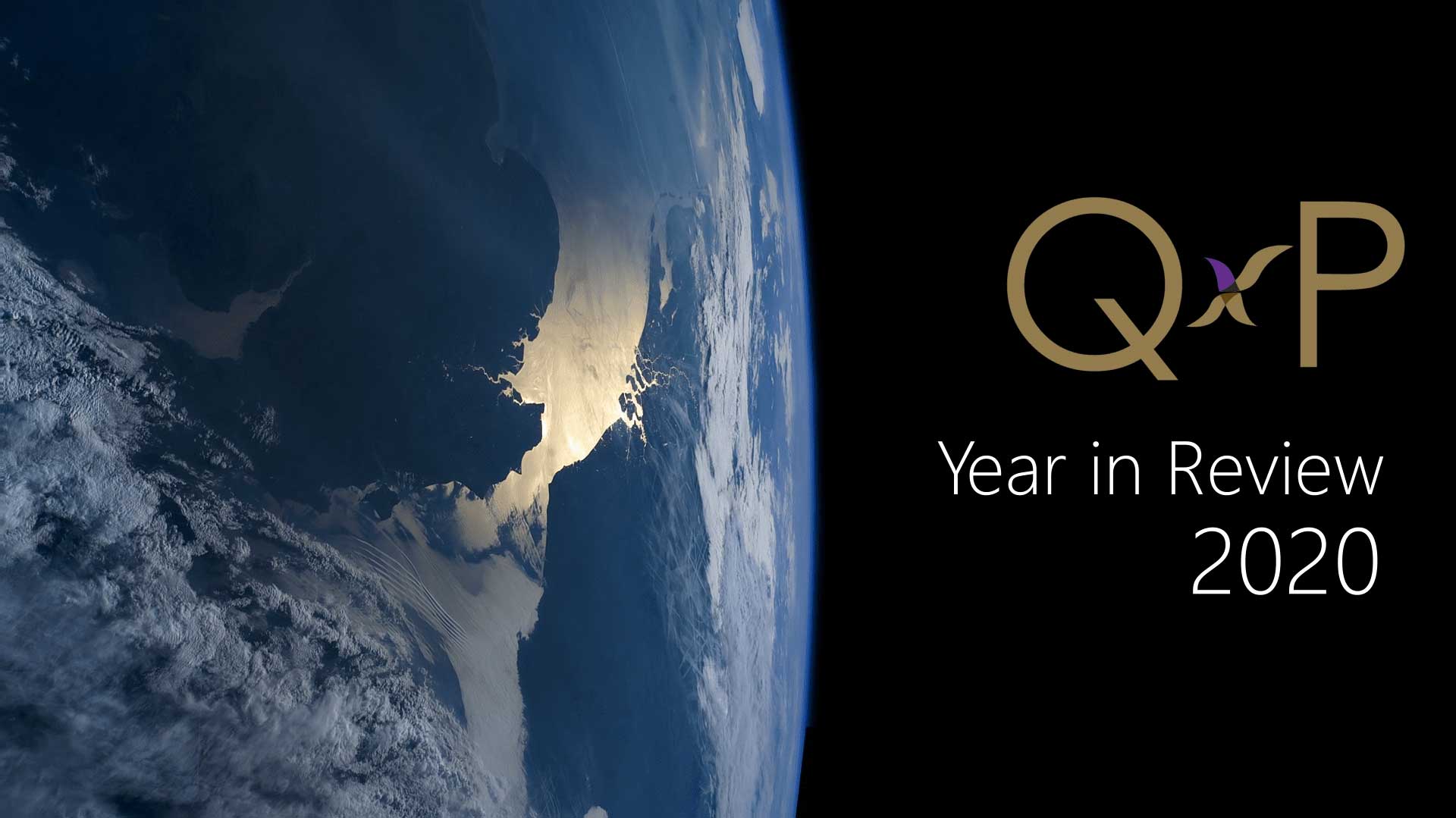 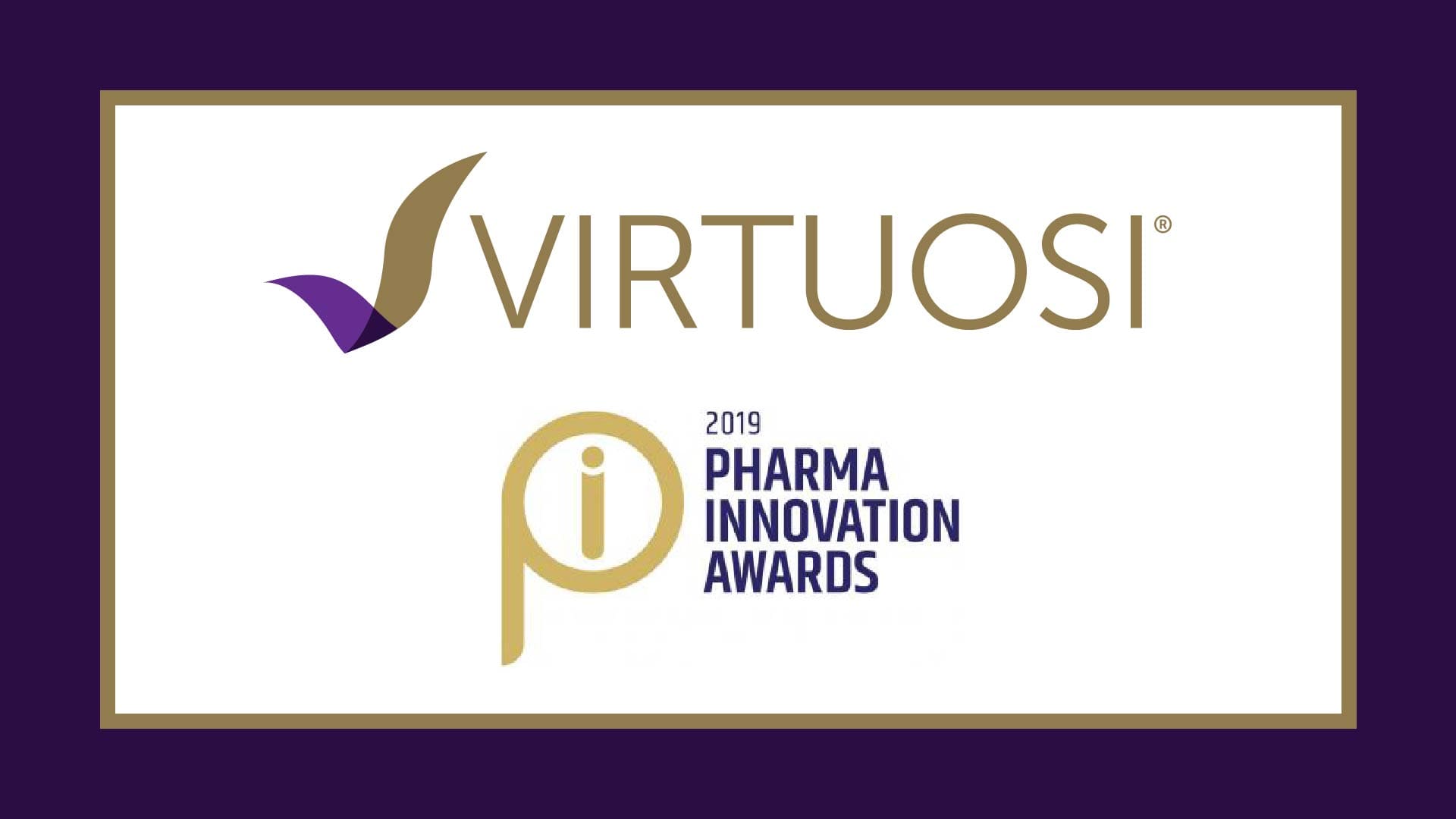 Come See the Future of Your Educational Program